» What To Expect » The Trial & Sentencing 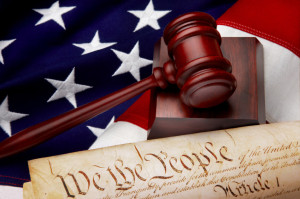 If you have plead not guilty to a misdemeanor, and personally or through your attorney discussed your position with the District Attorney’s representative and the case has not been resolved, then a date will be set for a trial.

Except in cases of Battery Constituting Domestic Violence, there is usually no jury.  instead, a judge hears your case.  The judge will decide, based on evidence and the law, if you have been proven guilty of the charges.  If you are found guilty, you will receive a sentence.

Once you  are found guilty, the judge will enter a sentence as required by law.  This may include jail time or a fine.  Many times all or a portion of jail time or fine is suspended on conditions that you complete certain actions such as community service, counseling, or abstain from drugs or alcohol.  The Court may direct that you be supervised during your suspended sentence by the County’s Department of Alternative Sentencing, or that you enroll in and complete the Misdemeanor Treatment Court.